When in Katakolon, a visit to ancient wheelchair accessible Olympia is a must: the birthplace of the Olympic games. This place breathes history and is one of the most well-known sites in Greece. Every four years, the flame that marks the starting point of the famous games is lit here, and there are still many remains from earlier games. Read everything you want to know about the wheelchair accessibility of this magical place, how to get there, tickets, and more in this comprehensive guide.

Wheelchair accessible Olympia is perhaps the best known and most famous landmark in Greece. The Olympic Games started here, and nowadays, you can still see a lot from the times when it began. Every four years, the Olympic flame is lit through a ceremony and continues its journey to where the Olympic Games are taking place.

Olympia has never been a city, but only a walled holy domain (the Altis) with a few temples and around it a limited accommodation for sporting events. Those sporting events included running, wrestling, boxing, jumping, etc. Even at its peak, in Roman times, the sanctuary was no more than a square kilometer. There were hotels for the visitors and baths for the athletes, but the place was not permanently inhabited.

Olympia is a versatile attraction with beautiful archaeological discoveries. When you enter the archaeological site, you see the ruins of the old Gymnasium on your right-hand side. Athletes used to practice track and field and the pentathlon here. Before this Gymnasium was built, these events took place outside. Alongside the Gymnasium, you find the Palaestra. This structure was built in the third century BC. It became a part of the Gymnasium and was used as a practice area for boxing, wrestling, and jumping.

The workshop of Phidias was where the great sculptor crafted the 12-meter high statue of Zeus, which is now listed as one of the Seven wonders of the ancient world. You can admire the statue of Zeus in the museum of Olympia. Besides the icon, the 457 BC temple of Zeus is an impressive landmark that, together with the Hera Temple, should not be missed when visiting Olympia and Katakolon. Furthermore, the long and narrow Doric temple is worth a visit. Five meter high columns surround the temple that was built at the end of the seventh century BC and was initially dedicated to both Zeus and Hera together. Later, as mentioned earlier, Zeus got his own temple.

A little further, you find the ancient Stadium of Olympia. The stadium is the place where the Olympic games and the women’s games in honor of Hera used to take place, and it could accommodate 20.000 spectators.

Besides all these beautiful areas, you can also discover the Bouleuterion or council house, the Prytaneion, the Leonidaion, and so much more. The site is filled with incredible historical monuments—a real must-see for history and sports lovers.

The Olympia Archaeological Museum is one of the most important museums in Greece. The museum has two buildings, the main building and the outbuilding, which houses small objects and a museum shop. The main building of the Archaeological Museum Olympia houses twelve rooms that are arranged chronologically and by theme with many sights from the Altis, the holy Olympia.

The several halls display the stories of what happened throughout the years of the Olympic games. There is a considerable terracotta collection, and a room that exhibits the pediments and metopes of the Temple of Zeus. Furthermore, you find an area dedicated to Nike from Paionios and one to Hermes of Praxiteles. And do not miss the Hellenistic collection, and the room that shows everything about the Nymphaeum.

In ancient Greece, a Nymphaeum is a monument, usually a monumental fountain or water voucher, dedicated to nymphs. The museum also houses representations of Metroön and Heraion, including statues from the Temple of Hera. Last but not least, the museum exhibits the final years of the sanctuary.

To visit Olympia as an able-bodied person, the main entrance is where the museum is located. For wheelchair users, this will cause a barrier, because of the steps. People with lesser mobility are advised to go to the site entrance on the other side. From here, you can see a big part of the ruins in Olympia. After you saw what is leftover from ancient times when the Olympic Games were held, you have the option to visit the museum. To enter, you need to take a ramp. Inside there is enough space to maneuver around and the floor is flat.

The terrain of Olympia consists of fine gravel and the pathway is flat. You can (st)roll through the ruins of the gymnasium, the temple of Hera, the Temple of Zeus, and the stadium, as they are all accessible.

Would you like to visit the beautiful monuments at the historic site of Olympia? Please take a look at our tours in Katakolon and Olympia that let you discover the old ruins and everything in and around Katakolon.

The nearest cruise port to Olympia is called Katakolon. It is situated about 34km (21 miles) from the ancient site. We can arrange a private accessible vehicle to meet you at the port, and take you to Olympia. If you are visiting from Athens, this is about a three and a half hour drive.

Do not hesitate to contact us, so we can assist you on your journey towards ancient Olympia.

You can no longer purchase tickets for one site only, however they the site offers a combination ticket. An individual entry is valid for one day and includes various places in the area. With one ticket, you can visit the following sights:

Upon presentation of the correct documentation, there is a reduced fee on the ticket for people with disabilities and one companion (in case of 80% disability). 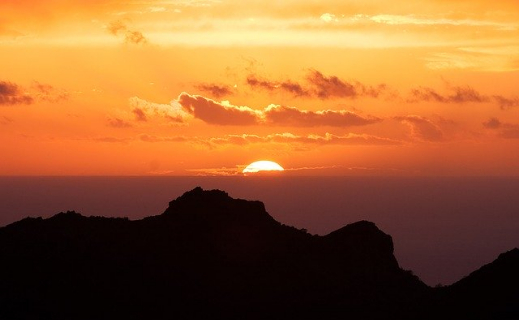