Wheelchair accessible Ancient Ostia or locally called ‘Ostia Antica’ is situated about 30 kilometers (19 miles) west of Rome. This town used to be the former port city of Rome. Today, it is a huge 100-hectare archaeological park with many excavations. In the park, you can wander around for hours and you find countless ruins.

In this guide, we will tell you all about this mysterious place. You find information about its accessibility, ticket information, and more.

This overthrown city was once the most important port city of ancient Rome. The town was not only used as a trading port, but also as a naval port and counts as one of the best-preserved Roman cities in Italy. Besides being so important as a port city, this place also served as a buffer for Rome.

The name “Ostia” is derived from the Latin ostium, which means river mouth, which sounds right, as the city is positioned on the estuary of the Tiber. During your visit, you might think, “where is the sea?”, however because of the slowly shifting coastline, the sea is now a few kilometers away due to silting.

King Ancus Marcius founded ancient Ostia about 640 to 616 BC as a trade and military base. He created a big thriving trading city that peaked in the second century AD. At that time, emperors Trajan, Hadrian, and Antonius Pius commissioned a lot of new construction, and the city grew exponentially. When they created the new structures, they did not care about what was already developed. They built everything right on top of the old ruins.

The people (about 100.000) who lived in Ostia, left because of severe and persistent malaria. They left the city as it was and took everything of value, such as marble slabs, columns and sculptures. Leaving Ostia to decay.

In 1801, Pope VII forbade the looting that took place in Ostia. He wanted to restore the city and preserve its history. The next pope commissioned extensive excavations and restorations. Moreover, everything of value that was found was placed in a museum dedicated to the port city.

Almost all ruins of Ancient Ostia were unearthed in the 19th and the first half of the 20th century. Even if the first systematic excavations were carried out by Petrini in the years 1801-1805 and commissioned by pope Pius VII, truly scientific research started in 1907 by the archeologist Dante Vaglieri. Dante died in 1913. He was succeeded by Guido Calza, who passed away in 1946. Currently, two-thirds of the city has been dug up.

The Archaeological Park of wheelchair accessible Ancient Ostia is divided into six main areas, with each a specific function. Some areas are focussed on administration, finance, and human resources management. Another area represents archaeological land resources protection. And one area is specifically dedicated to the museum collections protection, education services, research, and study. There is also a section about development, promotion, and communication. And the last area is about technics and safety.

Throughout the park, you find many old excavations, such as a theater built by Marcus Agrippa for 3.000 people, numerous houses, thermal baths, temples, and many mosaics. While wandering through the old ruins, you are pulled back in time, and you can see and feel how they used to live in ancient Roman times. If you want to escape the bustling city life of Rome and spend some hours wandering through the many Roman ruins, this is a must-visit.

In 1801, Pope Pius VII banned the plundering that took place in the abandoned Ostia. At that time, there was nothing more left than ruins. He wanted to preserve what was left and excavate the original structures on which was built. Whatever interesting was found, he placed in a building known as “Casone del Sale”, or ‘the big house of Salt.’

This building was initially a place to store salt, and was linked to the exploitation that was going on by the nearby salt marshes. Pope Pius IX adapted the building to make it into a museum and gave it a neoclassical façade. Today the building serves as a museum and an office space from where the excavation work is conducted.

Over the years, the management of the archaeological park has been focusing on various projects to increase the accessibility of the area. These projects mainly include creating accessible routes throughout the park that allow easy maneuvering with wheelchairs.

Along the accessible routes, it is possible to visit various buildings like the Piazzale of Corporazioni and the Ostiense Museum. The museum is made accessible for wheelchair users with the help of a ramp. Due to ongoing restoration works, the museum is currently not accessible though!

In the Archaeological area, you also find adapted sanitary facilities.

Please take into account that when you are planning your visit to Ostia in the winter, the accessible routes can be quite muddy and, therefore, are not always fully accessible.

Ostia Antica is situated near the sea, close to Rome. You can easily reach the Archaeological Park by car. The address is Viale Dei Romagnoli 717 – Ostia Antica, Roma.

You can also book private wheelchair accessible transportation through us. We will make sure that you are brought to your location in the most comfortable way possible in an adapted taxi.

A ticket at ancient Ostia comes at a reduced price for disabled visitors and their carers. You can purchase tickets both at the ticket office on-site and online. A ticket to the archaeological site includes the park with all the buildings, ruins, monuments, and the museum.

Due to COVID-19, new rules are developed all over the world to let touristic activities continue smoothly and safely. For Ancient Ostia, this is the case as well. It is important to be aware of the measures that are taken in this situation. Listed here, you can find the main regulations in Ancient Ostia.

More elaborate information can be found on the website of Ancient Ostia. 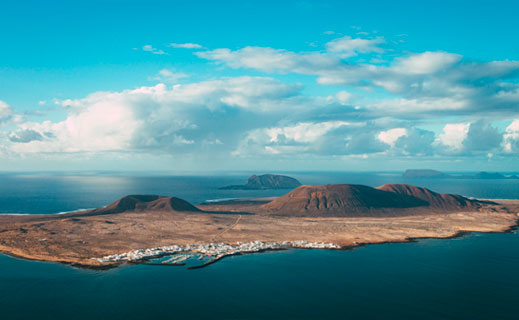