Wheelchair accessible Denmark is a beautiful country in Scandinavia, in the north of Europe, that borders only on Germany. Denmark is known for the image of the Little Mermaid, lighthouses, harbors, wind farms, many beaches, and extensive meadows.

Denmark is a country filled with incredible cities and even more fantastic nature. One of the most important locations in the country is Copenhagen. The capital of Denmark has a lot to offer. Copenhagen is the largest city in the country and is full of sights. The port city is best known for the colorful harbor buildings, static palaces, green parks, and interesting museums. In Copenhagen, history and modernity go hand in hand. Some of the most important sights are the Tivoli Park, Churchill Park, the colorful houses of Nyhavn, Kastellet, the old citadel, the statue of the Little Mermaid, the Amalienborg palace complex
the old Rosenborg Palace, and so much more.

One part of Denmark is a peninsula on the European mainland, the other part consists of more than 500 islands, of which Sjælland is the largest. Denmark is almost completely enclosed by water. In the northeast of the country, there is a connection to Sweden via a bridge. Besides that, Denmark has two overseas territories, which are self-governed, the Faroe Islands, and Greenland. In general, Denmark has a flat landscape, with a Wadden region and polders in the south, deeper inlets to the north hidden behind headlands. In the east, it is a bit hilly, with the highest point being Yding Skovhøj with 173 meters. The coast in the east has fjords. Limfjord is the largest, which runs from the north in the middle of Jutland to the Tyborøn Canal, this makes a connection with the North Sea.

The official language of Denmark is Danish. Besides that, many people speak reasonably good English.

In Denmark, the currency is the Danish Krone (DKK). You will find ATMs in many public places and you can generally pay with a credit card. However, keep in mind that in many cases a surcharge is charged. Tipping in restaurants is generally not done and is therefore not expected. 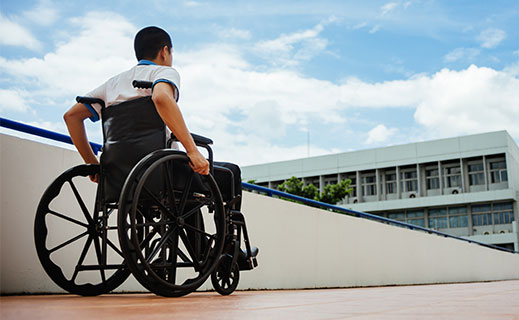